"We have a dream of launching a tech product but are feeling totally priced out by professional firms. Any advice?" 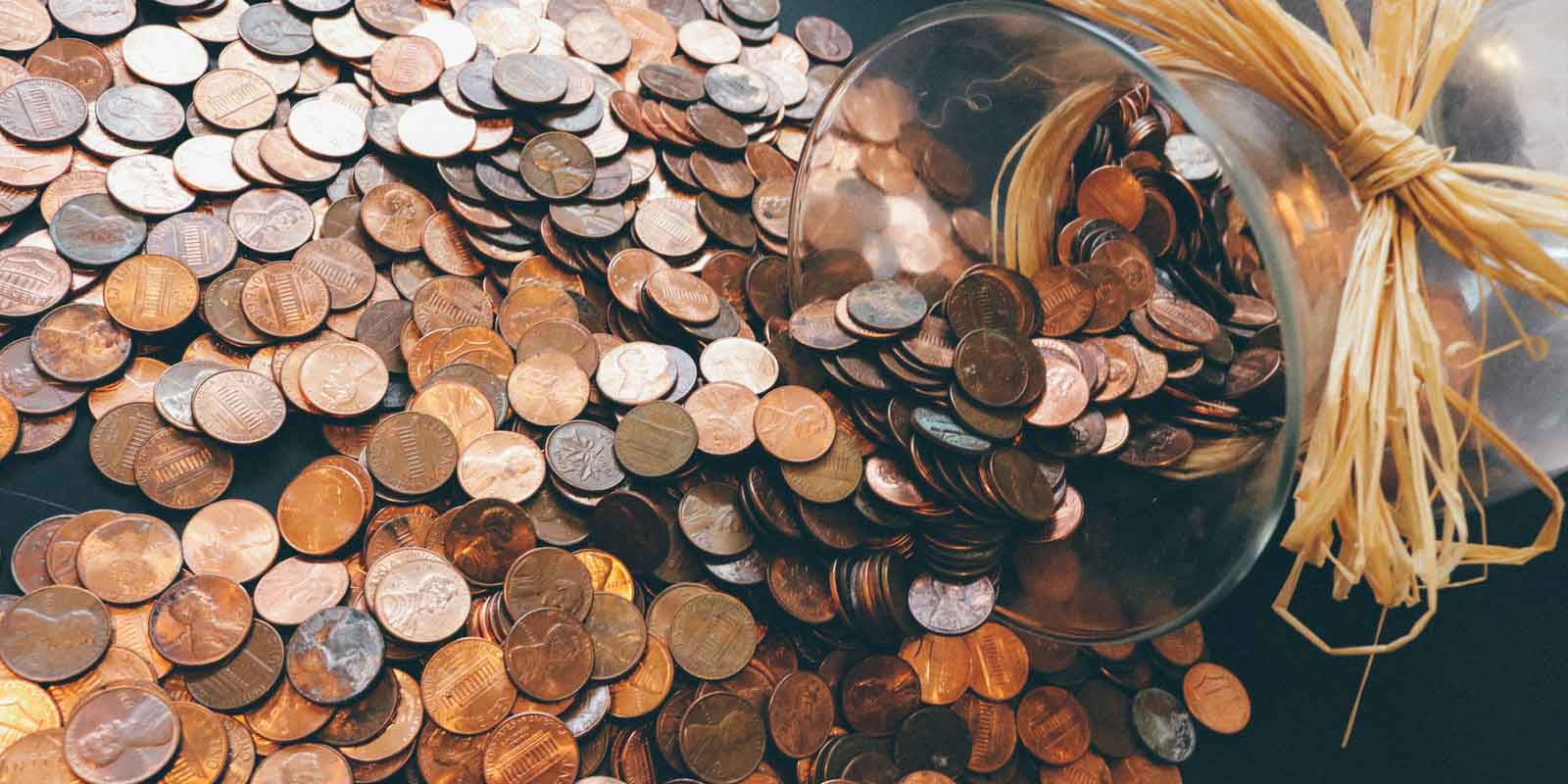 In August 2016, Glenn Smith of Mighty Ant DataWorks moved from Southern California to West Lafayette Indiana and opened up a new Mighty Ant office in the Purdue Technology Center (part of Purdue University.) In February 2017 an old friend from Pasadena California emailed asking for advice on hiring cheap developers when you didn’t have the money for a full service firm. Below is the (lightly edited) exchange.

Greetings from rainy Southern California! I hope you are surviving your first Indiana winter. Your newest little bundle, Abby, is precious (or so Facebook seems to suggest.) We are preparing to move this summer to be closer to Joel’s job so transition is in order for us as well.

I’m writing today to tap into Glenn’s knowledge of software developers in the Pasadena area. We have a pipe dream of creating a web-based application (and/or a true IOS/Android App). While there are dozens of software development firms out there, we seem to be completely out-priced by their work. I’m wondering if you guys know of a trusted developer locally with the ability to complete something like this and the potential interest in doing it as a side project to save us the mark-up of a firm? We do have limited funds to invest but we underestimated the cost of working with a full-service firm. Perhaps you know of someone with Glenn’s developer skills combined with Jaymie’s task-completion expertise that would enjoy making a little side income!

I hope this finds your family settling in well and enjoying your new community.

Talk to you soon,
Brandi

Tuesday, February 21, 2017
Subject: Re: Hello and a Referral Question

So nice to hear from you! Sorry about the rain. My team at work has determined that the Southern California drought was caused by Jaymie and me living there -- so best bet may be to build arks! :-)

Our first Indiana winter has been an odd one, in the 60s today, forecast for tomorrow is 70 degrees. Our drought powers at work in a new state now, no doubt. Baby Abby is doing great, the whole gang has enjoyed the move, and we now live next door to old Caltech friends of mine from my college days who also have young kids (and a pool!) so we’re having a fine old time.

That’s exciting to hear about your possible tech startup idea! If you really want someone in Pasadena, your best traditional bet would usually be to find a technical co-founder with programming skills to write software while you provide other aspects of the business. With a co-founder you split the equity with them, which makes it affordable to get someone talented even with little cash to start. As a founder, your job is to sell the vision of your company to customers. So practice by selling it first to a co-founder. Also, don’t worry about telling people your idea. Ideas just aren’t worth much, and the best ideas usually sound like bad ones (AirBnB and SnapChat anyone?) After all, if ideas are so valuable, try to sell one (you can’t!) Starting a company and making a product is *hard.* It’s execution that’s the tricky bit, not the original idea -- which generally evolves as you execute, learn more, and deal with real customers anyway.

For venture backed startups, the best online resource for startup information is Y Combinator. They have some great resources here:

For bootstrapped startups (one where you’re funding it out of your own resources, and expect to be able to pay for things yourself until you start to make money), some of the variables and considerations change -- so there are other places to look for info on that and it depends a bit more on what you’re doing as to what the best place to look for info might be.

But back on your question, alas, I don’t know of anyone super talented but still very young and under-priced in the Pasadena area (or anywhere really -- I’d hire them to work remotely if I did!) But you actually don’t need a developer to be local. Clients think that’s the case, so we get a lot of local business, but in most cases it doesn’t really matter that much. We work with folks in all sorts of time zones. You’d want someone with good English, and who you could video Skype with (as that’s better than just voice, and also lets you share images easily), but if you want cheap development, don’t focus on local. So for inexpensive hiring, one sort of place you might try is Upwork (https://www.upwork.com/) Upwork will have all sorts of folks promising to charge less than local professional firms with full time staff and such.

However, alas, there’s that old saying "you get what you pay for." Unfortunately, in the world of software development, you usually *don’t* get what you pay for -- as, industry-wide, a bit over half of all software projects fail. Mighty Ant has never failed to deliver on our technical promises, but industry-wide, over half of projects fail. That’s kind of a crazy statistic -- as half of cars don’t catch fire when you try to drive them off the lot, and half of bridges don’t fall down. But the issue with software is that every time you build something it’s the first time it’s been done (if it’s not, you would just copy the software from the last time you did it.) So it’s like making the *first* car, or the *first* bridge (which more than half of didn’t work I’m sure!) From the billion dollars the government spent on the Obamacare exchanges to launch a system that could only sign up 6 people (with errors), to the recent IBM Watson project in health care that cost 60 some million dollars that I read about today that just had its plug pulled in the last couple of weeks (it didn’t work), to the 20k we’ve seen former clients blow on a "cheap" developer (that produced nothing), to folks that spent $4,000 on UpWork and, alas, didn’t get something that worked, most projects fail. And even those that succeed, often are unsupported, with bugs that aren’t fixed, and with an architecture that can’t be be built upon.

So, alas, it’s a real roll of the dice with cheap teams. We recently relaunched our entire website and marketing so I’ve actually been writing about all this the past month or so. You might check out the two sections "How much does custom software development cost?" and also the "Why you should hire really really good developers" sections on our new home page for more thoughts on this. That isn’t a full discussion, but we do touch on some of these issues as they’re so common for folks first figuring this all out.

Another random idea: I’ve never really done it myself, but if the odds of failure are 60%, perhaps if you divide your budget in two or three and just try two or three times? I wouldn’t expect to get something bug free, or necessarily supportable, or something you can build on, but if you need a cheap test of proof of concept (and don’t want to get a technical co-founder -- a much better route) that may be a shot.

My final suggestion is to take advantage of Mighty Ant’s free initial consultation call. If you’ve got 30 minutes where you and Joel can lay out the idea, I can give you feedback on ways to approach it (My first two questions will be: "What’s your budget?" and "What are you trying to achieve?" so we can see just how close you are here.) We don’t charge potential new clients who call for a free initial consultation, and most aren’t a match for us anyway, so talking to you without being hired would be totally normal. :-) And talking to you both would be fun for me, likely helpful for you, and also helpful for me in clarifying how to express some of these sorts of thoughts I’ve already been writing up for the website. In fact, this whole email is along the lines of things we’re trying to explain on our new website, so I think I may copy and paste it into a blog post for the new site. Another page written, huzzah! Jaymie will be pleased. :-)

Hope to talk to you soon for that 30 minute call, but whether or not we do, stay dry, have fun, great to hear from you, and best of luck with the move!